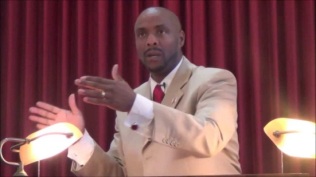 The conversation concerning multiple song leaders and analysis of 1 Corinthians 14 has resulted in various forms of analytical discussion, debate, and controversy. The discussion is not necessarily new in churches of Christ, but on one level it is unfortunate that in a world so full of pain, grief, oppression, and sin–that some in the church have subjected themselves to endless conversations regarding the permissibility of one song leader, versus the prohibition of two or more in the assembly of the saints. I guess I am not much different since I have taken the time to write this narrative on the subject. I will say up front, I do not believe contextually that 1 Corinthians 14 should be used to justify one song leader in worship or to prohibit more than one. The congregational plea and practice is for us to sing, which seems doable and without scriptural violation with one song leader or more than one. I believe that to make such a prohibitive claim is to miss the thematic premise of the epistle, chapter, and its connected elements. END_OF_DOCUMENT_TOKEN_TO_BE_REPLACED

Mesmerizing: It Is Clear To Me Now

Of all the symbols, images, sayings, and announcements on June 26, 2015; the day the Supreme Court of America ruled same-sex marriage legal across the nation, the illuminated caption of the White House in Gay Pride colored-lights captured and gripped my psyche the most. All of this should be expected. I am actually surprised at the Christians who are surprised by the ruling. I have no expectation for the Legislative, Judicial, or Executive governmental branches of America to operate under or uphold a biblical ethos or motif. That is the pure work of the church. END_OF_DOCUMENT_TOKEN_TO_BE_REPLACED

A Scriptural Comparison: The Teachings of Christianity vs. Islam

Many Christians have minimal knowledge of the teachings of Islam and find themselves unequipped to teach or dialogue with Muslims about their beliefs. One of the most frightening times in my life, as a Christian, was when I went to the elders and evangelist of the congregation I was attending, concerning questions about Islam and the Koran. I was living with two Muslims and the Bible and Christianity was constantly bashed. The leadership of my congregation could not answer my questions and it catapulted me to investigating the matters personally. It was a journey of trepidation and a quest for truth. END_OF_DOCUMENT_TOKEN_TO_BE_REPLACED

America has reached a point where the subliminal veil of pervasive injustice has been categorically removed and a bright light is now shining on its powerful and suppressive essence. The erroneous thought of living in a post-racial America is truly a façade. This reality, though intellectually denied and refuted through a lens of privilege, is now forcing all of humanity, at least those who elect to be privy to and abreast of National and International events of racial trauma, to make choices, espouse a position, or retreat behind the Eurocentric hegemonic walls of superiority, colorblindness, supremacy, imperialism, and racism.
END_OF_DOCUMENT_TOKEN_TO_BE_REPLACED

In part 1 of the Mask of Doctrine, a primary focus was upon the fraudulently  yet unintentional mismanagement of biblical texts, manifested as a result of previous discipleship influences. In addition to the divine effect of Christ, all Christians are impacted by the styles, customs, and scriptural understandings of those who taught them the gospel of Christ and formulas of scriptural interpretation. Nonetheless, the time comes when one must “Ponder the path of thy feet, and let all thy ways be established” (Proverbs 4:26). Such an ardent notion provides deeper meaning to the Philippians 2:12 narrative: “Wherefore, my beloved, as ye have always obeyed, not as in my presence only, but now much more in my absence, work out your own salvation with fear and trembling.” END_OF_DOCUMENT_TOKEN_TO_BE_REPLACED

In the face of biblical dispute or disagreement, the concept of doctrine is humanly bantered about as a justified demarcation of one’s personal truth. Doctrine has become the conceptual mask that hides the root cause of biblical disagreement, thus it is necessary to define the concept contextually for its vast persona. Biblical doctrine cannot be limited, expanded, suppressed, or placated. When a mortal announces, concludes, or identifies a doctrinal violation, what has he/she actually discovered? If a person does not like a particular practice that over time  (in the minds of humanity) has moved from tradition to precedent and precedent to biblical command, can it be classified as doctrinal error? What is biblical doctrine? The answer is at the core of every biblical debate, but rarely is it analyzed. END_OF_DOCUMENT_TOKEN_TO_BE_REPLACED

The concept of baptism essentiality has been a heatedly debated concept in the world of Christendom, but primarily is a case of Western thought and critique. Based upon early church epochs and New Testament theology, conflict with baptism as part of the atoning or remission-of-sins process, appears to be absent from the discourse of Holy writ. During our current discussion of conversion and baptism, it appears that people have the ability to view the coin or process from opposing sides, failing to harmonize the powerful Word of God on the subject. Why is the essentiality of baptism a debate or issue of division (Matthew 3:16-17). END_OF_DOCUMENT_TOKEN_TO_BE_REPLACED 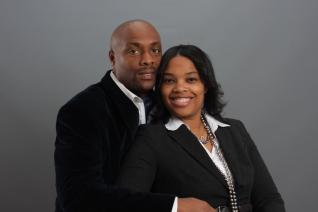 Although clearly biblical, the concept of demonic stronghold deliverance is not a dialectic topic of intimate church of Christ familiarity. As church of Christ publications are researched for the topic of demonic strongholds, virtually nothing is found. However, in 2 Corinthians 10:3-6, Paul clearly addresses the concept. In addition to that, the theme and all of its variables stream from Genesis to Revelation, using terminology such as fortress, stronghold, defenced city, etc. In this brief article entry we do not have time to thoroughly analyze the historicity of biblical strongholds, but it is important to note that, originally and by divine design, God is our true stronghold. END_OF_DOCUMENT_TOKEN_TO_BE_REPLACED